A Speck of Dust in a Seemingly Infinite Universe 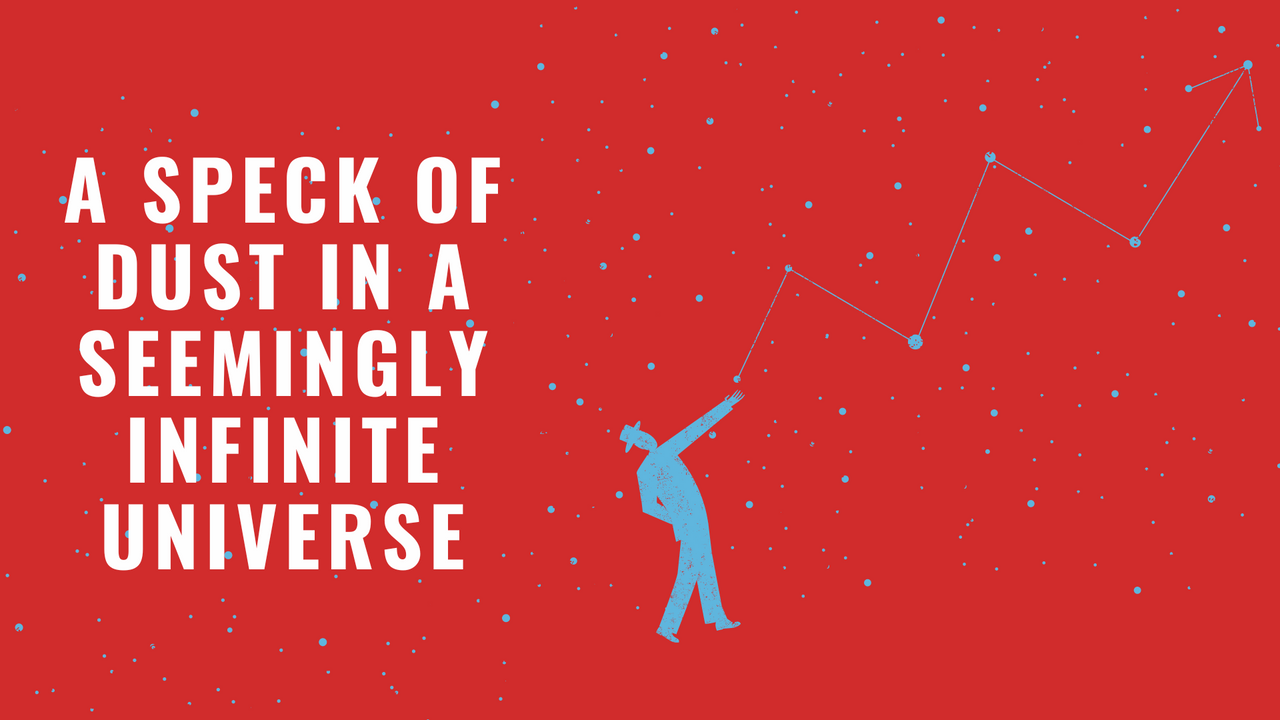 On the 14th of February 1990, just as the Voyager 1 probe was leaving the Solar System, some 3.7 billion miles away from Earth, Carl Sagan asked NASA to turn it around to snap a photograph of our home.

The resulting photograph showed the Earth as a pale blue dot, less than a pixel in size. A speck of dust in a seemingly infinite universe…

The Importance of Knowing How Small We Are 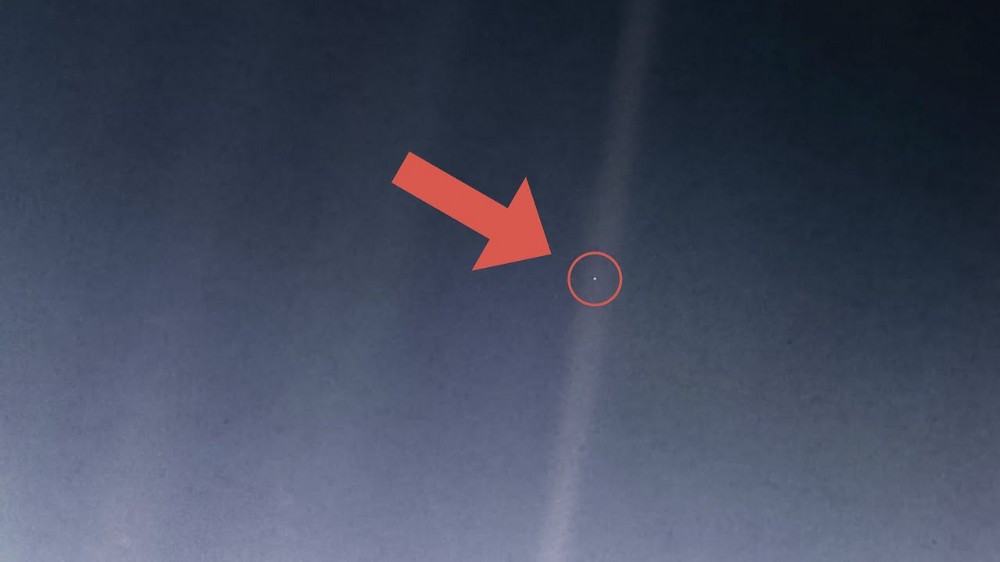 That dot is us. All of us. Our dreams, goals, aspirations, desires... the only place we've ever called home.

Maybe you are. But you’re still one of many billions of such snowflakes. You’re still fragile, incredibly so.

We go through life often thinking that we’re at the center of existence, yet this photograph captured from the outskirts of our own solar system shows us for what we truly are: a bit of rust and stardust dancing within the infinite darkness of space.

This is not a depressing thought, quite the contrary. This realization should allow us to contemplate the importance of humility and kindness, should make us realize that all we have, all we have ever known or loved, all those who lived before us, all of that is contained by this pale blue dot.

We are floating in space on a speck of stardust. Go far enough, everything becomes irrelevant.

Distance yourself from a problem, and you see it for what it is. You realize that perspective is everything.

The Power of Perspective

We suffer because we believe we’re at the center of the universe. This is our default setting: self-centered, selfish, impatient, insecure.

There’s beauty in recognizing just how insignificant we are, there’s power in shifting our perspective.

This is what it’s all about. Life. Love. Success. Personal Development. About being able to shift perspectives.

If your mindset does not empower you, change it. If your short-term goals don’t inspire you, think of your long-term goals. If your beliefs are limiting, reframe them to your advantage.

If you are being consumed by petty arguments and frustrations, let them go by recognizing your own insignificance.

We’re all a set of dates and a dash. Each and every single one of us. The world was not big enough for Alexander the Great, yet a coffin fit him just fine.

We Are a Part of the Universe Trying to Understand Itself

There’s one more lesson we can learn from this photograph. Even though we’re just a bit of rust and stardust, we’re that bit of the universe trying to understand itself.

We captured this image because we wanted to, and there seems to be no real limit as to what we can do because we can understand.

If you want to reach outside your comfort zone, to venture into the center of your fears, all you have to do is think. You have to think and ponder and understand. That’s all.

The universe might be vast, uncertain, and impossible to fully understand, yet we’re a part of it, not separate from it.

We often like to believe there’s this invisible wall between us and the rest of the world. We live inside our minds, and we lose focus, we lose control.

To be able to properly function in this world one must become aware that all the pale dots connect somehow.

This is an inexorable truth of life: we’re a bunch of atoms and stories dancing around an ever-expanding infinity of such atoms.

You can either choose for this thought to comfort or disturb you. The choice is yours.

Want to be updated when we upload new resources?

Join our community and receive an email as soon as we release new resources.

We hate SPAM. We will never sell your information, for any reason.

Let's face it: The days of "build it and they will come" are long gone. But of course, you know that, otherwise you wouldn't be here.

For all the opportunities that are presented to us, we must admit that the web is more competitive than ever before:

Turning your passion into profit is the hardest it's ever been. And that's why I'm here to help.

In the meantime, I managed to grow my audience to over 200.000 readers.

Creative entrepreneurship is my passion. Which is why...

I created irevuo to take everything I've learned about art, business, and marketing, and package it up into a platform that can help you build an audience and monetize your creativity.